UN Committee on the Rights of the Child: Spain’s age assessments for unaccompanied minors violate the Convention 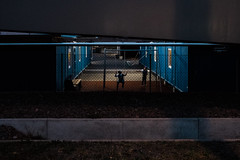 A.L., an Algerian national, arrived to Almería, Spain by boat in 2017. When detained by police, the applicant stated he was a minor. Two days later he was transferred to a hospital where an age assessment was conducted using the Greulich-Pyle Atlas method. It found the applicant was “older than 19”. A.L. was subsequently detained in the Detention Centre for Foreigners (CIE) of Aluche, Madrid, pending his return to Algeria. In the CIE, he alleges that he was beaten by guards. The NGO Fundación Raíces, who supported the applicant, received faxed copies of his identity documents from his family in Algeria and submitted them to the Court of Instruction of Almería. To the date of the present ruling, the applicant had not received a response from this Court.

The second case concerns J.A.B., a Cameroonian national, who arrived to Ceuta on 23 April 2016. Upon arrival, he alleges that the Red Cross told him to not state he was a minor as it would mean he would have to remain in Ceuta. The applicant resided in the Migrant Temporary Stay Centre (CETI) for five months with adults and on the mainland he resided in various centres among adults, as well as on the street. In October, he received his official birth certificate from Cameroon and consular identity documents from the Cameroonian Embassy, and later, he received his passport. The applicant presented his official documentation to authorities to show he was a minor, but was denied representation by a guardian or lawyer. The Prosecutor refused to recognise the validity of the documents and requested he undergo an age assessment. As he had official and original documentation issued by the authorities of Cameroon, the applicant declined. The Prosecutor refused to recognise the documents and the applicant was removed from the Centre for Minors. The applicant was subsequently made destitute and received a removal order.

The Committee recalled that the determination of the age of a young person claiming to be a minor is of fundamental importance, since the outcome determines whether that person will be entitled to protection as a child and the rights that flow from this, or will be excluded from such protection. With reference to General Comment No. 6, the Committee held that both physical appearance and psychological maturity have to be taken into account and that the assessment must be based on scientific criteria with consideration of the best interests of the child. In cases of uncertainty, the individual should be given the benefit of the doubt, so that, in the case of a child, they are treated as such. With regard to legal representation, the Committee held that the appointment of a legal guardian or a representative is an essential guarantee during the age assessment process. The denial of access to legal representation constitutes a violation of the right to be heard. In light of the above, the Committee found a violation of both applicants’ rights under Articles 3 and 12 of the Convention on the Rights of the Child.

The Committee held that a child’s age and date of birth are part of their identity and that states have an obligation to respect the child’s right to preserve their identity without depriving the child of any of its elements. Consequently, the Committee concluded that Spain violated Article 8 in respect of both applicants.

In respect of J.A.B., the Committee held that Spain had failed to protect him against his situation of helplessness, particularly given his high degree of vulnerability as a minor who is a migrant, unaccompanied and ill. The Committee noted that this lack of protection occurred even after the author submitted identity documents to the Spanish authorities confirming that he was a child. The Committee considered that this constituted a violation of Articles 20 (1) and 24.

The Committee, recalling that Spain was signatory to the Optional Protocol, held that their failure to abide by interim measures also constituted a violation of Article 6 of the Optional Protocol in both cases.  It ruled that Spain now has an obligation to avoid similar violations through ensuring age assessments are conducted in conformity with the Convention, that the procedures take into account the documentation presented and that legal representation is allocated.

Based on an unofficial translation by the EWLU team.